This is the latest information released by the Government giving further details of the furlough scheme changes. Also included is the details of the Self-Employment Income Support Scheme. We hope you will find it helpful.

Impact of the scheme so far:

Eligibility criteria
Self-employed individuals, including members of partnerships, are eligible if they:
• submitted their Income Tax Self-Assessment tax return for the tax year 2018-19;
• continued to trade in 2019-20 and intend to keep trading in 2020-21;
• carry on a trade which has been adversely affected by COVID-19;
• have average self-employed trading profits of no more than £50,000 and at least equal to their non-trading income.
Individuals can continue to work, start a new trade or take on other employment including voluntary work, or duties as an armed forces reservist.

Eligible individuals can claim a taxable grant worth 70 per cent of their average monthly trading profits, paid out in a single instalment covering three months’ worth of profit, and capped at £6,570 in total.

Applications will open in August 2020. Further information on the second grant will be available on GOV.uk on 12 June 2020.

1. Impact of the scheme so far:
As of midnight on 24 May 2020, the scheme had been used by 1 million employers, to protect around 8.4 million jobs and the total value of claims made was £15 billion.

2. Flexible furloughing:
• From 1 July, employers can bring back to work employees that have previously been furloughed for any amount of time and any shift pattern, while still being able to claim CJRS grant for their normal hours not worked.
• From 1 July, employers will be able to agree any working arrangements with previously furloughed employees.
• When claiming the CJRS grant for furloughed hours; employers will need to report and claim for a minimum period of a week.
• This is a minimum period and those making claims for longer periods such as those on monthly or two weekly cycles will be able to do so.
• To be eligible for the grant, employers must agree with their employee any new flexible furloughing arrangement and confirm that agreement in writing.
• Employers can claim the grant for the hours their employees are not working calculated by reference to their usual hours worked in a claim period. Further details will be included in future guidance.
• Employers will need to report hours worked and the usual hours an employee would be expected to work in a claim period.
• For worked hours, employees will be paid by their employer subject to their employment contract and employers will be responsible for paying the tax and NICs due on those amounts.
• Further guidance on flexible furloughing and how employers should calculate claims will be published on 12 June.

3. Closure to new entrants from July:
• The scheme will close to new entrants from 30 June. From this point onwards, employers will only be able to furlough employees that they have furloughed for a full three-week period prior to 30 June.
• This means that the final date by which an employer can furlough an employee for the first time will be the 10 June, in order for the current three-week furlough period to be completed by 30 June. Employers will have until 31st July to make any claims in respect of the period to 30 June.
• From 1 July the scheme will only be available to employers that have previously used the scheme in respect of employees they have previously furloughed.
• From 1 July, claim periods will no longer be able to overlap months, employers who previously submitted claims with periods that overlapped calendar months will no longer be able to do this going forward. This is necessary to reflect the forthcoming changes to the scheme.
• The number of employees an employer can claim for in any claim period cannot exceed the maximum number they have claimed for under any previous claim under the current CJRS.
• Employers can continue to make claims in anticipation of an imminent payroll run, at the point payroll is run or after payroll has been run.
• Employers will be able to make their first claim under the new scheme from 1 July.

Table 1 – Government contribution, required employer contribution and amount employee receives
where the employee is furloughed 100% of the time

• As with the previous scheme, employers are still able to choose to top up employee wages above the scheme grant at their own expense if they wish.
• An early assessment of CJRS claims suggest that around 40% of employers have not made a claim for employer NICs costs or employer pension contributions and so will be unaffected by the change in August if their employment patterns do not change3.
• Indicative analysis of claims from large businesses suggests that around 25% of CJRS monthly claims are below the threshold where employer NICs and automatic enrolment pension contributions are due, and so no employer contribution would be expected for these payments to furloughed employees in August4.
• Early analysis of CJRS claims suggests the equivalent wage on the average CJRS claim is around £1,380 per month. Requiring firms to pay the Employer NICs costs and pension contributions on the CJRS payments will introduce a cost of £69 per month on this figure5. This equates to 5% of total gross employments costs6 the employer would have incurred had the employee not been furloughed. This percentage will vary according to the wages of the employee who has been furloughed.
• The employer cost per month on the average grant will rise to £207 in September and to £345 in October representing 14% and 23% of gross employment cost, respectively. 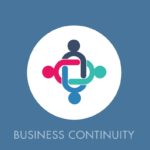 If you have any questions regarding the above information or any other issue within your business please do not hesitate to email us here.

SYLO – Beyond HR, supporting Your People and Your Business, now and in the future.